Backed by real-time blockchain data and the rest of the Tenderly platform, Forks have become an essential step in our users’ development flow. As a powerful, yet forgiving environment, Tenderly Forks are a perfect testing ground for any smart contract scenario.

Forks come even handier now since many of the testnets have been deprecated. Blockchain developers have even reported issues with some faucets running dry, leaving many in the space wondering “now what?”

Many companies in the industry already rely on Forks as their testing environment and you will see the examples later in this post. But there's no better way to succinctly illustrate the process than in the words of Thrilok Kumar, founder and head of product at Instadapp:

“I would say that one of the coolest things that we've integrated and helped us a lot was Tenderly Forks, where we can create a Fork environment from the Mainnet. Then, we can run our whole dashboard in a testing environment, which helped not only the users but also the internal team test any new feature or any product development that we do”.

So, find out why you should use Tenderly Forks for testing, how you can do it, and let your ideas run wild.

Why test with Tenderly Forks

You may be wondering why you should use Forks for testing when you have test networks designed just for that. However, with The Merge implemented successfully, several testnets have been scheduled for deprecation.

Kiln was the first to go and followed by Ropsten and Rinkeby, leaving only Goerli and Sepolia with their own limitations. Sepolia is new, so its state and history are not that comprehensive, while Goerli is a full replica of the Mainnet and takes more time to sync. With Tenderly Forks, on the other hand, you have all the blockchain data you need at all times.

Additionally, when compared to testnets, Tenderly Forks offer more than a few advantages you soon won’t be able to do without. Here’s why you should switch to Tenderly Forks for smart contract testing:

How to set up your Fork for testing

Now that you’re familiar with all the benefits of Fork testing, why not experience them firsthand? You can choose between two options:

What other Tenderly features can enrich your tests

Tenderly is an all-in-one Web3 development platform, which means all of our features are interconnected and closely integrated. This also means you have other tools at your disposal while running smart contract tests on a Fork.

Whether you want to test every possible scenario, troubleshoot a failed test, or think of an even better alternative, you can:

What does testing on Tenderly Forks look like in practice? Let’s explore a few examples from some of the biggest players in the industry:

Tenderly Forks allow the Yield Protocol development team to run different testing scenarios against the Mainnet data. This way, they’re able to ensure the integrity and correctness of bug fixes and protocol changes. Also, since Forks are shareable, Yield Protocol developers are able to easily collaborate with each other and run tests in environments with identical conditions.

As Alberto Cuesta Cañada, Lead Engineer at Yield Protocol, explains: “We use Tenderly Forks as the backbone for our development. I don't know if you could say that something else could create a bigger business impact than that.”

Safe engineers also rely on Tenderly Forks for complex testing scenarios. If their users report any issue, the Safe team uses Transaction Simulator to reproduce the problem. With in-depth data and a complete understanding of how their users interact with their dapps, they can work on possible solutions. However, before implementing bug fixes, they turn to Tenderly Forks to ensure their solutions produce the desired results.

The Safe team also uses Forks to run integration tests, making sure the entire flow works as expected. They use Forks in tandem with other frameworks and tools from their development stack, such as Hardhat. By simply copy-pasting the Fork ID RPC URL, they can use a Fork as the network.

Check out our full case study about Safe.

For the Instadapp team, Tenderly Forks are essential both for internal testing and in production. In production, Forks allow Instadapp’s end users to test yield strategies and whether they’d get the expected end position. This way, Instadapp developers enable their users to execute strategies with confidence.

Internally, the Instadapp team uses Forks to play out protocol integration and ensure their upgrades run as planned. With their own Mainnet replica, they’re also able to test any new feature or product development. Instadapp engineers can see how changes affect their dashboard, whether expected transactions are running, and whether all the values are updated.

Find out more about how Instadapp uses Tenderly.

Use Forks for testing and ensure optimal results

Since smart contracts are immutable, testing plays a crucial role in ensuring their correctness and minimizing possible security risks once they’re deployed. With Tenderly Forks, you get a powerful testing environment where you can try out different dapp or protocol upgrades, play out transaction outcomes, validate bug fixes, and make sure you get the expected outcomes.

On top of that, Forks come backed by the entire Tenderly Web3 development platform, giving you everything you need in a single place. Coupled with Tenderly Web3 Gateway, our new production node offer, you can run tests and deploy smart contracts without switching platforms. 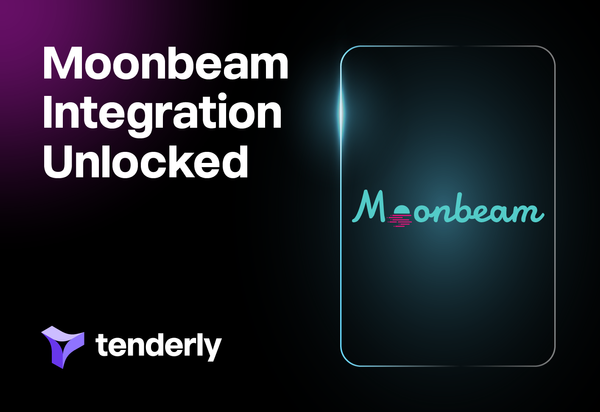 Tenderly completes the first phase of integration with Moonbeam, enabling many essential development tools. Learn how Tenderly helps you build better dapps on Moonbeam and how both projects strive to provide a unified user and developer experience. 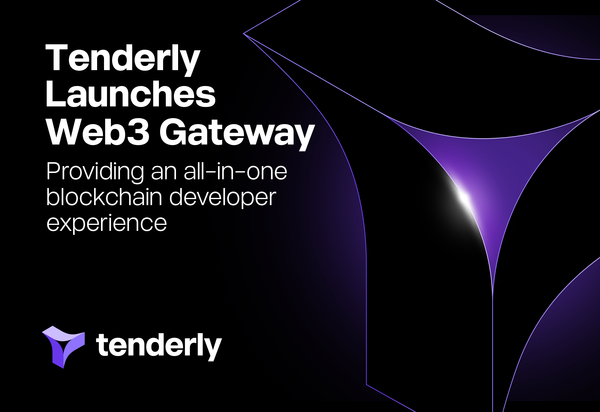