We are pleased to announce that we have successfully added Fantom to the list of supported networks on Tenderly!

Fantom is a Layer 1 blockchain that is focused on solving the problem of the modern-day blockchains called the blockchain trilemma - a trade-off in distributed ledger technologies which have to balance between speed, security, and decentralization.

Fantom tries to tackle the problem at its core by using its DAG-based aBFT consensus algorithm called Lachesis that powers their EVM compatible Opera blockchain. Lachesis is:

It is definitely an interesting project and now you will be able to use all the might of Tenderly’s development platform to your advantage while creating your Fantom projects. You can read in more detail about Fantom by visiting this page.

Removing the frustration and significantly lowering the development time, by allowing you to track errors in your Smart Contracts with only a few clicks and helping you find the exact line of code where your transaction reverted.

Gives you the ability to try out different scenarios with your Smart Contracts, so you can predict outcomes and further optimize gas usage.

Get a detailed breakdown of gas usage/cost for every function, including both the initial and refunded gas cost for every transaction.

Tenderly gives you an exceptional overview of blockchain data as well as a real-time notification system that keeps teams and individuals up to date on any events and notifications they tracked across multiple networks.

You can access Fantom using the Tenderly Dashboard, API or the CLI.

Start using Tenderly by registering on this link, and you can also join our Discord channel where you can find out the latest news, changes and talk with the community about the platform itself. 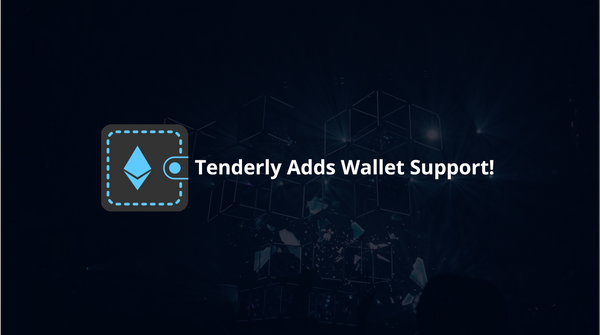 Tenderly releases a long-awaited feature - wallet support! You can now add, manage and monitor wallets from a dedicated place in your dashboard.