What was that sound?, I asked Andrej. Oh, it’s just another CryptoKitty being born.

With Tenderly you can set up custom real-time alerts and get notified when anything of your interest happens on the Ethereum Blockchain. Let’s see it in action!

But first: Why is this needed?

In traditional development, your software is your system, so everything that is happening inside of that system is of interest to you. Then came Blockchain, and there is this huge paradigm shift where your software (Smart Contracts) is just a part of an ever-expanding system whose parts are continually interacting with each other.

That’s why last year, at ETHBerlin, we made a proof of concept called Smart Alert and were one of the winning teams. This hackathon showed us just how much a tool like this is desperately needed, so we’ve set out to deliver it for everyone to use.

Tenderly Alerting to the rescue

We’ve built our alerting feature on top of the transaction tracing facilities we used to make our Execution Overview and Stack Trace features, as well as our brand new Visual Debugger. What this means is that our alerting solution is much more robust than anything else out there: want to get alerted when a transaction fails? Done! Want to get an e-mail when a particular function gets called? Your wish is our command!

A bit of show and tell

I was always more of a visual type, so let’s dive into some examples. After going through these examples, you’ll see just how simple and powerful the alerting feature really is!

Get an alert when a transaction fails

Let’s say I want to get alerted whenever any of my Smart Contracts fail. What I would do is the following:

Now if a transaction ever fails, I get notified instantly. This means that I can act immediately instead of waiting for my Dapp users to contact me that something isn’t working.

Get alerted when a specific function is called

Let’s get notified every time a new CryptoKitty is born:

That’s it! You’ll get an e-mail whenever a cute little CryptoKitty comes into this world. Or not this world, but to the Ethereum blockchain at least.

This one is one of my favorite security-oriented alerts: we can get a notification whenever someone who isn’t whitelisted calls our contract.

For this example, I’ve set up a simple Gnosis Multisig Wallet which you can find here.

Now, whenever someone other then the owners of the Multisig Wallet calls this Smart Contract I’ll get an e-mail instantly so that I can react accordingly.

Won’t this spam the hell out of me?

Don’t worry, we have a smart delivery algorithm for the e-mails we send your way. You will get notified instantly when something happens, and afterward, you will receive aggregated notifications when it makes more sense. So you’ll have both the latest alerts from Tenderly and the latest and greats from Netflix at the top of your inbox!

What you just saw is something we call simple alerting. It covers a lot of common use-cases seen around the Blockchain world:

And we’re not stopping here. Very soon we are going to release additional improvements :

And I saved the best thing for last: we’re making a robust alert builder which will let you combine all of the rules mentioned above in any way you see fit!

If you have any ideas for a specific alerting rule you would like to see us implement, a delivery channel you would like us to add (*cough* Telegram *cough*) or just want to have a call or chat with us you can always reach us on our Discord or by shooting us an e-mail over at support@tenderly.co. 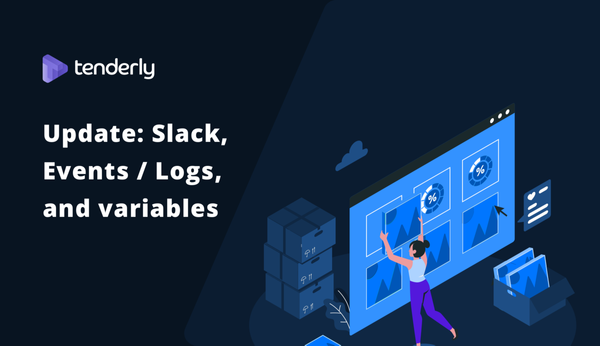 Slack alerts, Events, Logs, Local and State Variables! See all the new things you can do in your Tenderly dashboard! 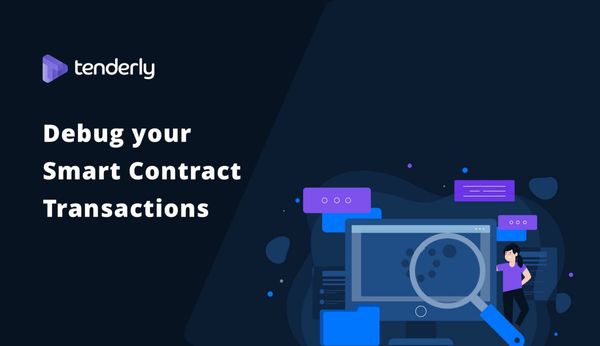